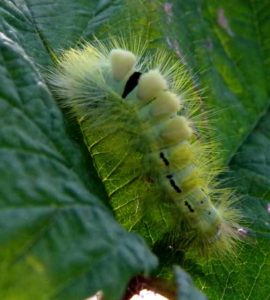 The hop plant is host to the hop-dog caterpillar and we are very happy to report that there has been an increase in sightings of these caterpillars this year. It is lovely to see them increasing in numbers..…I wonder was it the weather conditions this summer or just luck in spotting them? But as I am working in the hops one downside of this is that I have not been able to take the time out to photograph these caterpillars as I would have liked to, one would always turn up at the most inconvenient moment!

The hop-dog caterpillar holds fond memories for hop-pickers from the hand-picking days. Children enjoyed finding them with their yellow furry bodies and distinctive red tails. Warnings that they would give you a nasty rash if picked up, probably saved many a little creature from well intentioned over-handling! I have of course included them on the Hop Toile fabric as they deserve their place in the ‘hop story’. 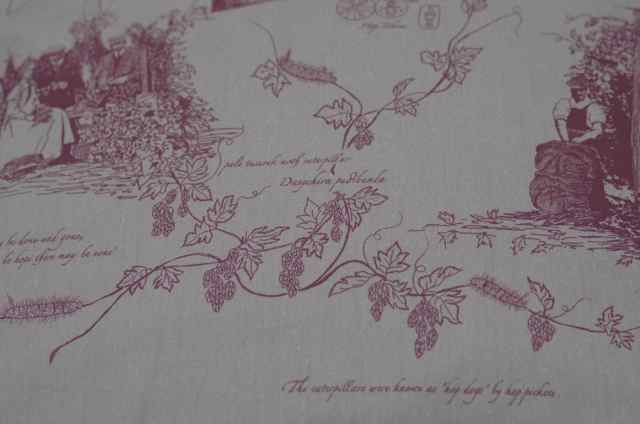 The little fellow shown here below had amazingly been right through the hop-picking machine,  before being shelved from a full poke and miraculously landing safe and sound on top of the bed of hops in the kiln of the oast house. Luckily he was spotted and rescued before drying of that particular load began. If he’d been cat he would have used up all his nine lives in this one adventure! 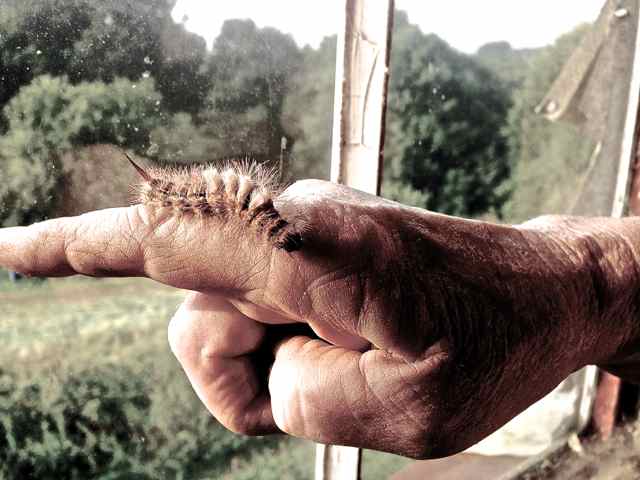 We like to see them and don’t consider them pests, we certainly haven’t noticed any damage done by them. After all a mature lush hop garden is a pretty copious and abundant environment with plenty of leaves to go around. 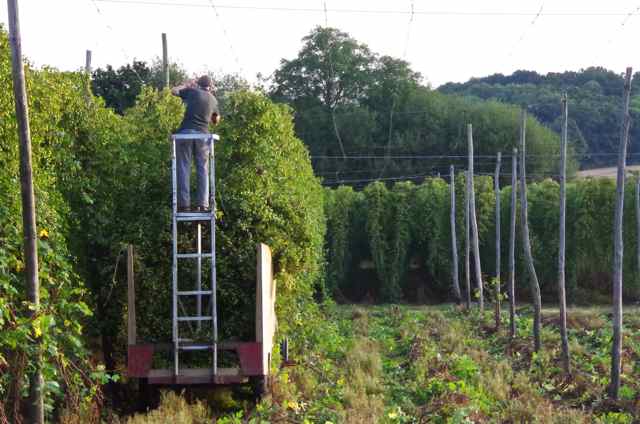 For some extra images and information about the hop-dog caterpillar see this blog post by Doug Mackenzie Dodds. He has taken the photos I wished I had taken, and not even in a hop garden!

I would like to spot the grown-up version of the hop-dog now, the excellently camouflaged Pale Tussock moth. Earlier this year I did see two equally well camouflaged moths, a pair of poplar hawk moths mating on our car wheel. Their camouflage proved pretty hopeless against the black background, which actually made them stand out.