A special beer tasting continued our festive magic,  I had received 4 unique gifts in the true spirit of Christmas as they could not have been bought. For us at A Bushel of Hops it was the perfect start to 2017.

After hop-picking in September the Old English Blend of hops sold out quickly to members of a private home-brew forum. At the time I had no idea that each of the members involved agreed to use these hops to brew a beer of their own chosen recipe. That done they surprised me, they very kindly sent me 4 bottles, each one from a different brewer. I was really touched by their very kind and thoughtful gesture. The downside was they asked if I would judge them! – eek.

The 4 bottles had arrived labelled A – D only, they took pride of place at the top of the table. 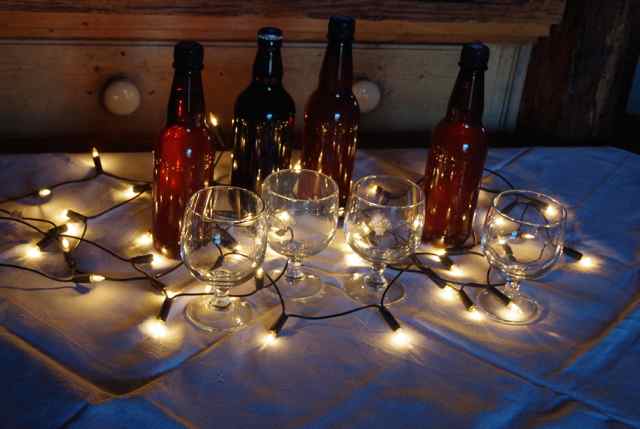 To suitably honour their beer, the tasting had to be a special occasion. I made a batch of pickled vegetables, which may sound odd but they’re a perfect accompaniment for a beer tasting, along with a few other nibbly treats.  Glasses were also marked A – D, a set for each of our tasting paddles. 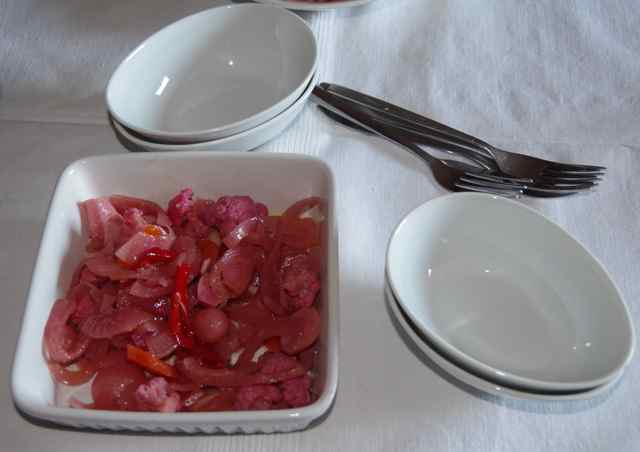 Beer is best when shared and with the added dimension of wanting our judging decisions to be made fairly, 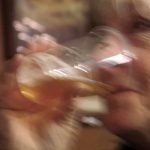 reinforcements were called for, after all taste is subjective and we all have own favourite styles. January 5th was designated as ‘B’ day for Richard, Danny and Doy to come along after work, not that they needed any encouragement! Appropriately they arrived straight from the hop gardens after a day of winter wire working. It was already dark when they arrived bringing with them a waft of that lovely ‘cold outdoor’ smell as they entered the warm kitchen. No cups of tea were on offer that evening, the beer was at the right temperature, and we were eager to start.

The fact that the combination of 3 simple ingredients, water, malt and hops brewed together can make an endless variety of flavours and aromas I always think is awesome, and these 4 beers were no different. They may have used the same blend of hop varieties, but each brew was individual and each had its own particular notable quality. On top of that, drinking something made with hops you have grown, is always a thrill. The seriously business of making tasting notes certainly concentrates the mind but we all thoroughly enjoyed the whole experience. 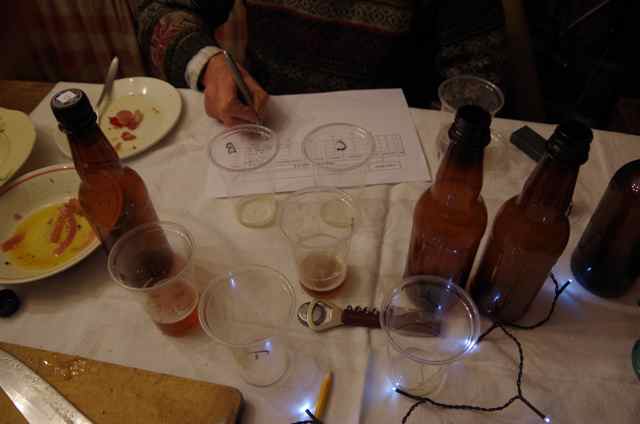 The brewers concerned have been updated, but this is a private forum therefore the actual tasting remains between the eight of us. Going by this evening all I will say is that these 4 gents definitely know how to brew an excellent beer.  Thank you gentlemen brewers for that honour and giving us such a great fun way to start 2017.

2016 was a momentous year but it culminated with a little serendipity from nature. This beautiful fairytale perfect white rainbow was spotted in Scotland at the end Nov and on 28th December an upside-down rainbow manifested itself right here. A topsy turvy end to a topsy turvy year?! 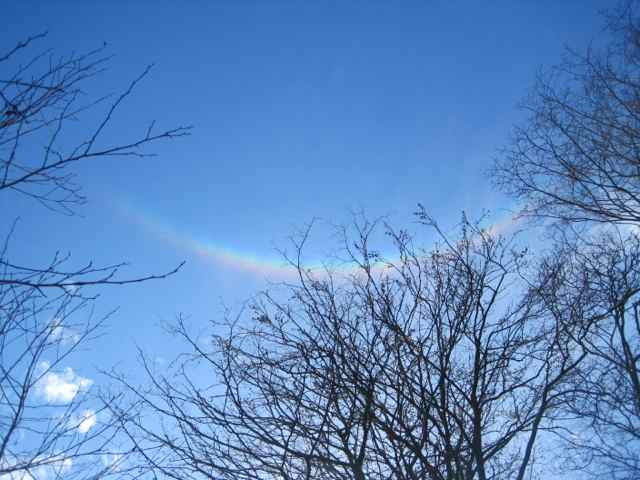