Bramling Cross Hop variety was bred by Professor Ernest Salmon at Wye college then released in 1951 after trials. It’s mother was a Bramling Golding and the father a wild Canadian Manitoban hop seedling. Demure fresh-faced Kent maiden meets wild Davy Crocket look alike! The outcome of this liaison, the Bramling Cross hop variety takes after both parents, this makes for an interesting combination. The aroma is said to be American, whilst it’s neat growth takes after it’s Kentish mother by producing ladylike columns of very pretty hops. In full hop this is a beautiful plant as well as being an easy well-mannered hop variety to pick. 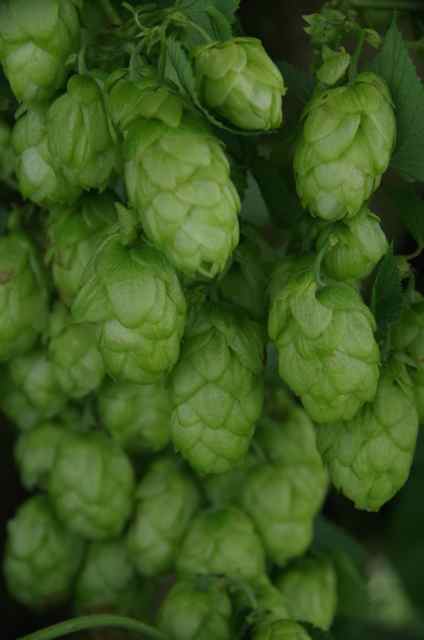 It is one of the best bines to hang up for decoration. 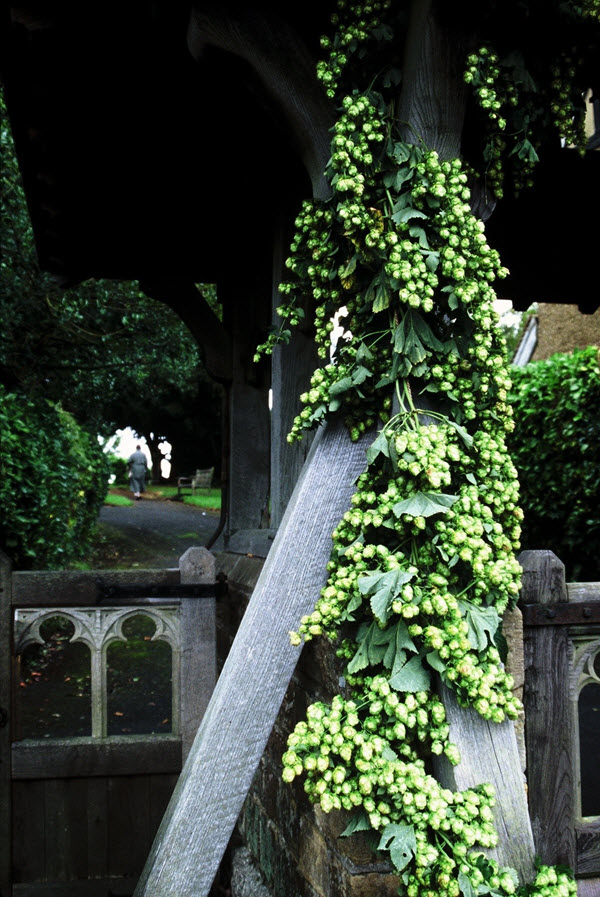 The Bramling Cross hop is well thought of with mainstream Brewers being used for both late and dry hopping and known for its good bittering flavours. Brooklyn Brewery and Harvey’s Brewery have both used this variety. Another testament to its brewing prowess is Brew Dog naming it as one of their favourite hops.

That being said it doesn’t seem generally popular with home-brewers. For home-brewers it appears to be very much a ‘love it or loathe it’ variety, and mostly ‘loathe it’, a real marmite hop! I even read one forum comment about it smelling of old trainers. I do not know why people think it would have a bad pong, whilst someone may not like the smell of hops, the actual hops themselves should never smell bad. The only conclusion we can draw is that that particular sample must have been old or had been poorly stored. Once the oils within a hop cone turn rancid, this will make any variety smell ‘cheesy’, indeed any oily food would taste unpleasant if this happened. 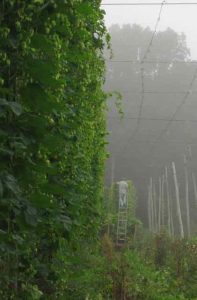 However, the fresh aroma of the Bramling Cross hop could not be more strikingly different, it is a spicy dark berry delight. The bouquet is predominantly blackcurrants with added citrussy lemon notes plus a hint of vanilla for good measure. Any whiff of cheesy feet means the hops have gone ‘off’. I do not sell hops from a previous season and can only recommend that they are purchased as soon after harvest as possible. ‘Fresh is Best‘, hence I made a commitment to home-brewers that I will only ever sell hops from the current season. Any left over stock at end of each August is destroyed. However, whichever the side of the ‘marmite’ fence you are on, for Bramling Cross devotees use them while you can, there is every possibility they may not be around commercially in the future.

For growers, the Bramling Cross hop variety is certainly giving us cause for concern. It has thrown up a double conundrum. The theory is that Bramling Cross is particularly sensitive to global warming, it truly does appear to be affected by climate change, and as such it could be a climate indicator plant. Although an old variety the mild, often wet winters we have been experiencing of recent years just do not suit them. Current thinking is warmer winter temperatures mean that the plants do not go into dormancy properly and then simple refuse to grow in the spring. It is a scary phenomena to witness, you cannot force them to grow, therefore growers are basically helpless bystanders, there is nothing whatsoever you can do about it. Some years it has been mid-June when we have trained them for the first time and even then the growth can be very uneven, this alone is never a good sign. It also makes their management more tricky. Other varieties are heading skywards over the top wires, whilst the Bramling Cross hop variety stubbornly refuses to budge. Some growers have grubbed hop gardens as this variety becomes more and more uneconomical to grow.

This past winter 2016/17 we have had periods of frosty weather in the SE, it remains to be seen if this is enough and whether they grow away any better this Spring.

However late Bramling Cross start into growth, being an early variety, ironically they are always the first hop variety to be picked, certainly in this area and therein lies their second weakness. This is the double whammy, it means their growing season is shortened. It is entirely feasible that if this continues year after year, then the accumulative effect will mean that plants cannot replenish their own strength within this pared back growing season. There could come a time as they become weaker and weaker that they will naturally die out. Last year I noticed their bines were much finer than ever before. 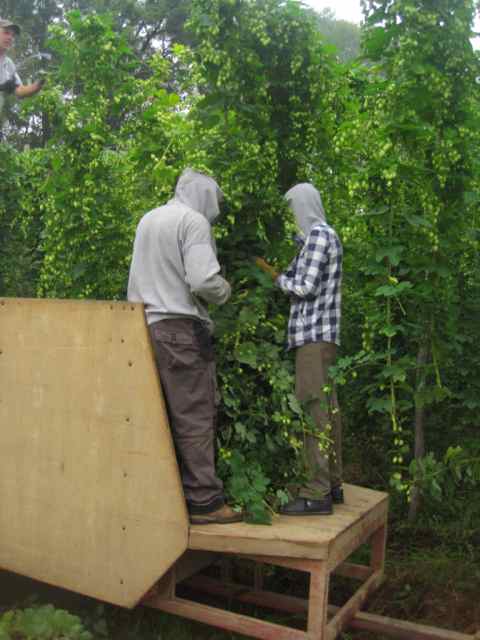 On that gloomy note and still on the subject of blackcurrants, I had heard that blackcurrant leaves make an excellent tea. Last summer I tried it – a handful of fresh young leaves into boiling water. I don’t much like fruit or herbal teas, preferring good old fashioned builders tea, however, this time the advise given was quite correct. The leaves alone smell inviting, Blackcurrant leaf tea does make for an excellent cuppa and apparently very good for you too! I’ll end with the counsel given by the Abbé P. Bailly de Montaran in 1712, “There is nobody who, having a garden, shouldn’t plant a great number of black currant bushes for the needs of their family,” Hear hear to that you can use the leaves and berries.