In any spare moments throughout the summer, work is continually ongoing to get hop picking machines ready for harvest in September.  Hop picking machines are a dream for anyone who likes a machine.  They are the real deal, all belts, chains, cogs, fans and picking bars, each section moving in synchrony with each other section, producing a wonderful cacophony of different noises.  They are proper boys toys, to me any hop picking machine looks like it would be more suitably situated in some fantasy Charlie and the Chocolate Factory type setting and I am enchanted by this little picking machine. 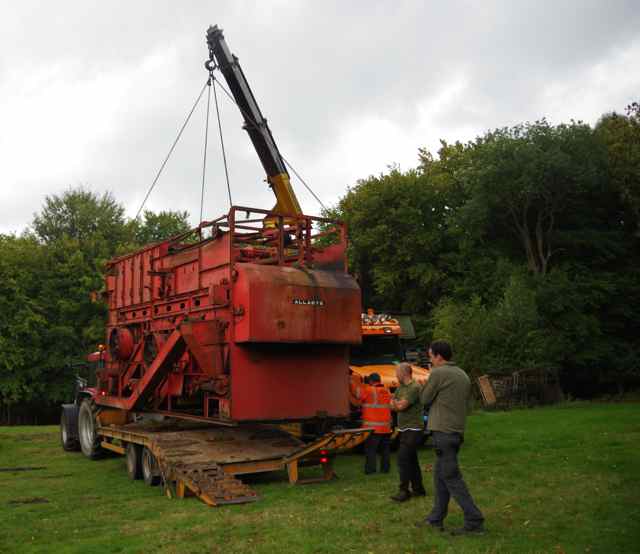 I have a Belgium Allaeys, which was delivered with great care by its previous owners 3 years ago.  Obviously it has always been well loved.  It is  red, compact, very beautiful, and ingeniously designed. Each section is able to be independently adjusted, it is really very clever. This Allaeys does the same job of picking and cleaning hops, but it is just neater, more compact and much cuter looking than the normal Bruff I am used to.  The Allaeys machines are no longer available as such, they were taken over by the German company Wolf who still manufacture similarly designed hop picking machines.

My husband and his friend Bas are doing the work, they seem happy to have me out of the way while the work is going on – I am a little concerned they are getting a tad over possessive! But the new belts due to go on next are heavy and will probably be awkward to fit, so I am happy this time round to deliver tea and cake. 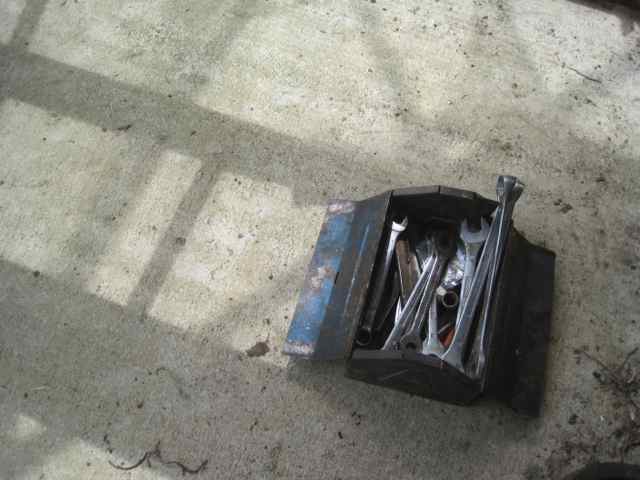 Belgium not only the built the Allaeys hop machines but they also hold their triennial Hop and Beer Festival at Poperinge. Here they celebrate their famous national beers as well as their hop growing.

We have only been to Belgium once, when we spent a long weekend in Bruges.
This beautiful medieval city is a prefect size to explore on foot.  Whilst in Belgium we  naturally had to try a beer, so on one of our strolls out we stopped at a bar where we were handed an A4 tome with a solid wood cover. I thought it must be a menu, well it was but but not for food, the menu was solely for the beers they served. Each A4 page described a single beer, listing the malt and hops used, the flavours were described in detail and the original gravity given, quite astonishing. Clearly Belgium takes its beers very very seriously, far more so than I had imagined and we were literally spoilt for choice.  So much choice made it very hard to decide on one, very hard but fun.  It is definitly a place to linger and take time to savour your drink. They brew over 1000 beers  in Belgium, many of which are their trappist brews. Not only a staggering choice of beer is served but it seems each has in its own special glass – amazing.

If you live near Canterbury, La Trappiste stock many Belgium beers and  have regular Belgium beer tasting evenings.

Another example of a completely eccentric machine was sent to us recently by friends and worth sharing.  This Wintergatan  Marble Machine is marvellously ingenious but delightfully a bit bonkers too.  This invention is a musical instrument built using 2000 marbles.