Last weekend I had hoped to do several outdoor jobs, those satisfying pottering jobs that tie up loose ends. But those plans were thwarted by the weather, rain stopped play. So taking D.H.Lawrence’s advise I made some marmalade. Not that I was feeling gloomy, the skies may have been grey, but the Seville oranges are in season and they are only here for a short while. 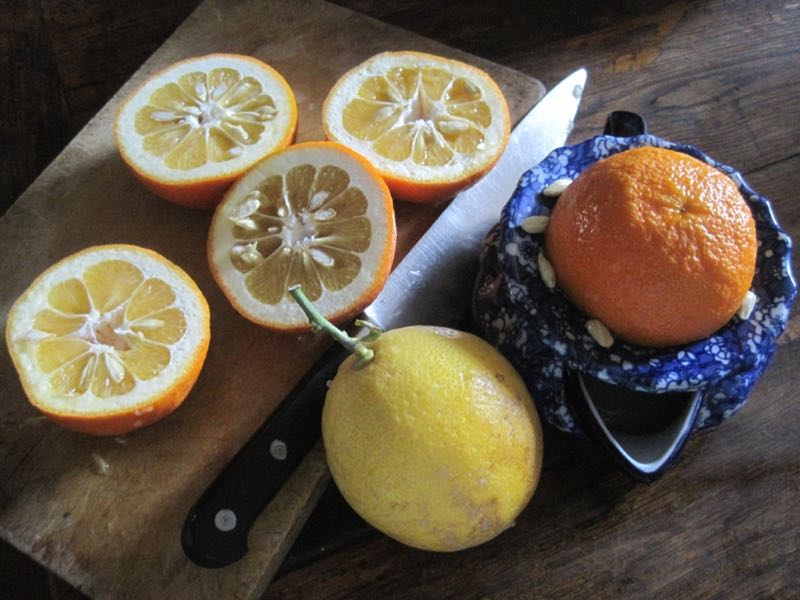 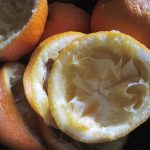 I usually make two batches of marmalade one a dark Oxford style sometimes with a little whiskey added and the other batch I follow a bright fresher recipe, putting the saved juice in just as the marmalade reaches setting point. That was a very satisfying time spent and I had something to show for the time at the end of the afternoon. And just as Lawrence mentions, yes the floor did need a scrub too. The boiling marmalade thoroughly splattered stove and floor.

I got the blues
thinking of the future
so I left off and
made some marmalade,
It’s amazing how
it cheers one up
to shred oranges
and scrub the floor. 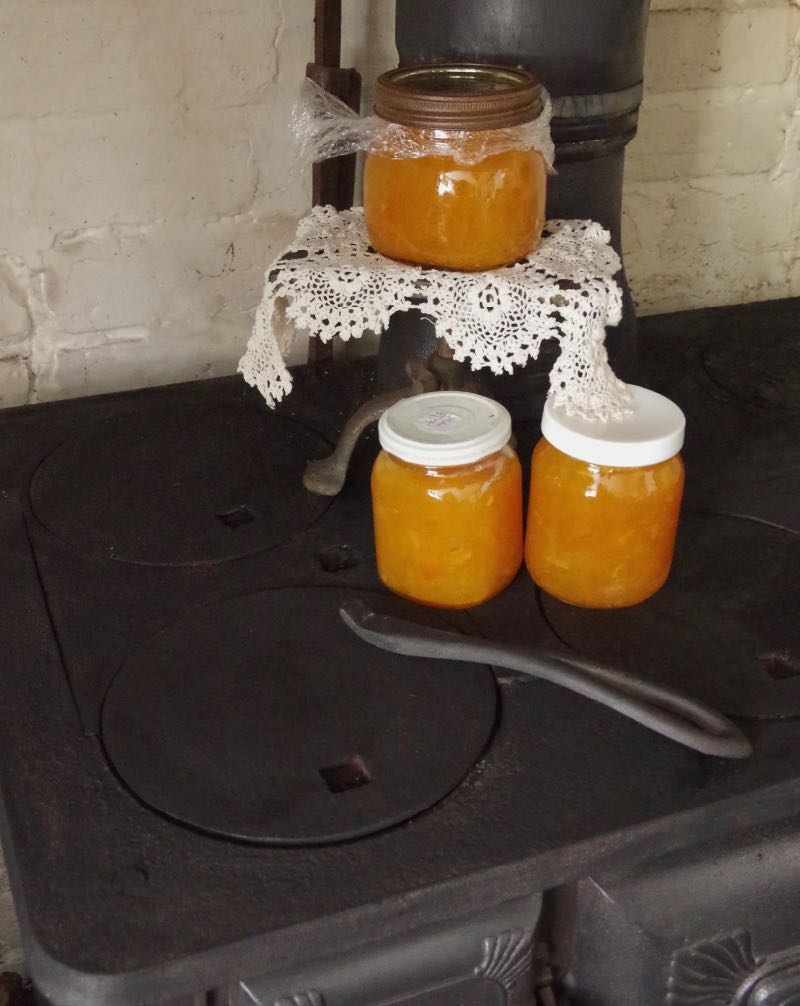