Growing hops at home is not much different to growing hops commercially on a larger scale, but at home it is just much easier to pamper a single plant.

Here we have had no rain. Nil, zilch, nada, nothing,  nothing at all, not even to lay the dust let alone enough to soak the ground. 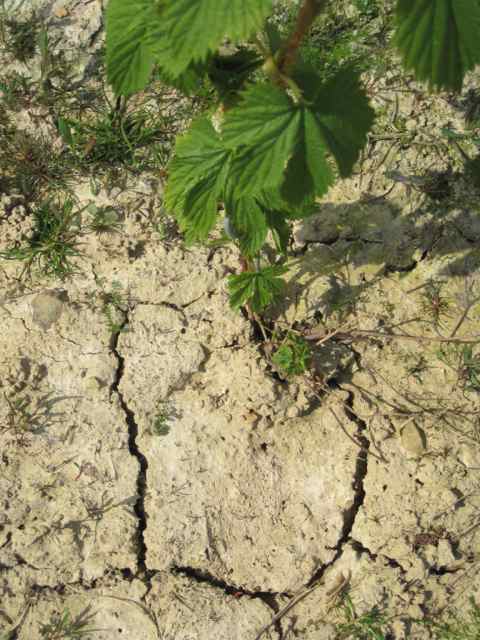 The ground is seriously dry.  Our clay loam soil is now badly cracked and unkind for any spring grown crop. The soil was wonderfully friable for planting hops setts this February with one well timed wet day shortly after planting to settle them in nicely. But, since then no follow-up rains have materialised. We have watched the skies hopefully on days when shower clouds gathered, but each time we have had to watch as every shower circled right around us. Hop growing can be a frustrating business.

Usually, with us anyway, first year hops are not watered. Originally it may well have been partly due to logistics of large scale irrigation but mainly because the theory is that their roots will go down deeper after the moisture if they are not watered.

I try to follow that reasoning as much as possible however, this year I had some smaller pot-grown hop setts as well as the usual Grade 1 setts suppled by Stephen Wright. The root systems of these pot-grown plants were naturally not as robust as the hunky soil grown setts.

So yesterday I gave in and watered some of this year’s babies. They were not stressed but I didn’t want to risk leaving them any longer. Watering is one example when growing hops at home is much much easier!

Each plant was given a long slow watering of a gallon each, allowing it to soak in well.  I had mixed in a little propriety general liquid fertiliser to help give them a gentle nudge, then back-filled the cracks with John Innes No3. I feel this helps stop any evaporation post their watering, which makes me feel better if nothing else. A good soaking is the important thing, rather than just damping the surface, giving a little water would do more harm than good by encouraging the roots to stay on the surface.  Hopefully we will soon have a good rain soon to even up soil’s moisture content. 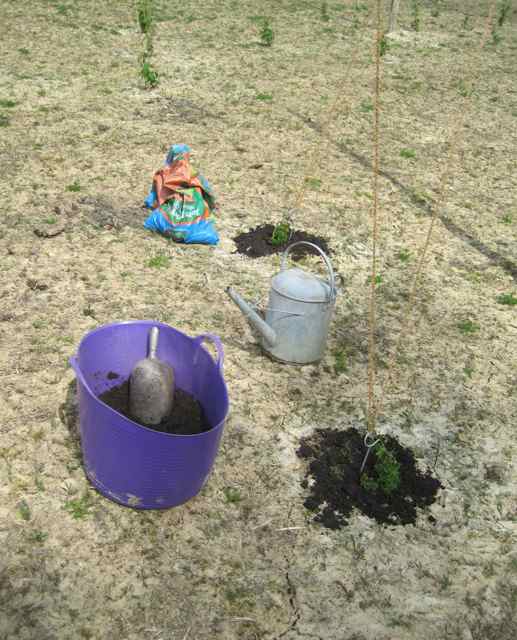 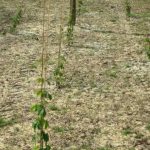 The other larger Grade 1 setts I have left for a while longer, they are growing well and will not be picked this year anyway. Rather than cut 1st year hops for picking in September, by to allowing them to die back naturally, they can continue growing over a longer time span during October. This helps establish their root systems for next season. Maybe this and old wives tale but it feels right.

If you are a home brewer and always fancied making a green hopped beer, it is certainly worth considering growing hops at home.  If short of space perhaps you could squeeze in just a single plant of your favourite variety.   You could then have the pleasure of picking your very own hops with no worries about drying them. 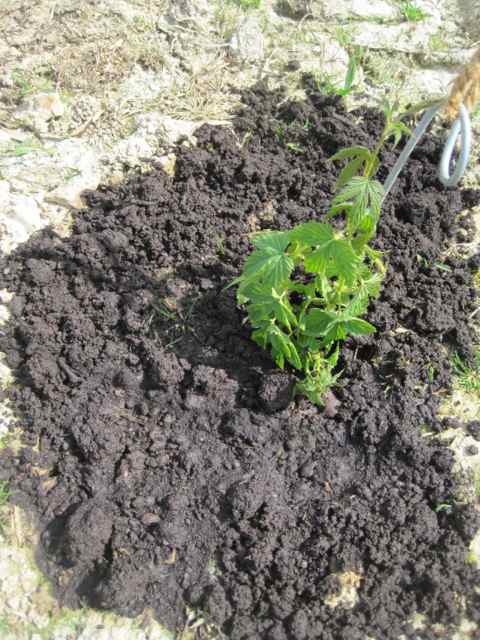