It was a while ago that this little sequence of events began.  At the beginning of October a friend came to help me pick all the apples that were not to be stored this year . 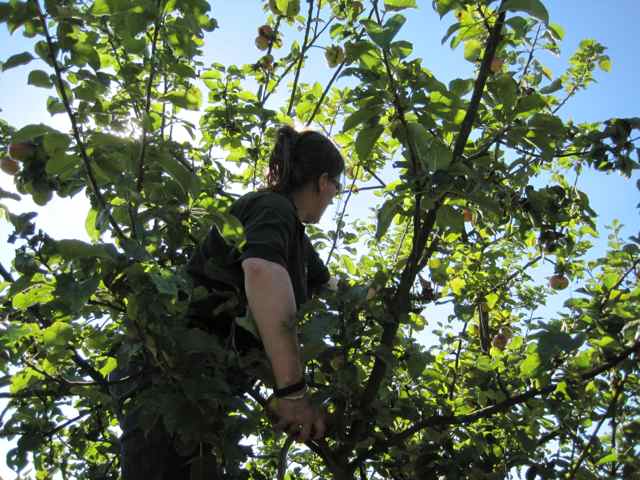 I am only talking about small quantities here as it is not a large commercial orchard, but as I hate wasting the fruit this was the perfect solution to use all the excess apples.   The trees are a naturally grown mix of eaters and cookers, a miss mash of varieties,  the theory being that every year at least one variety should do well. 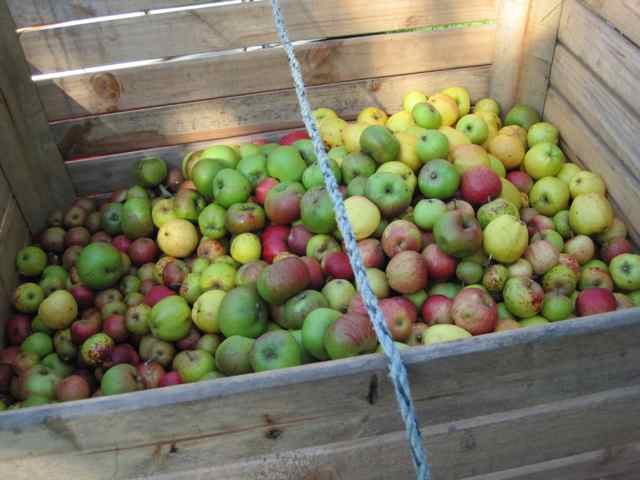 I had already collected a large crate from Ringden Farm  so to make life easier we were able to pick directly into this in the back of the pickup and duly delivered the harvest to Ringden Farm.   Then the wait to receive the bottles of apple juice.  Ringden give an excellent service – they press, pasteurise and bottle for you.   Apple picking time is their peek rush hour time, consequently it takes about 5 weeks before you take delivery of your juice. 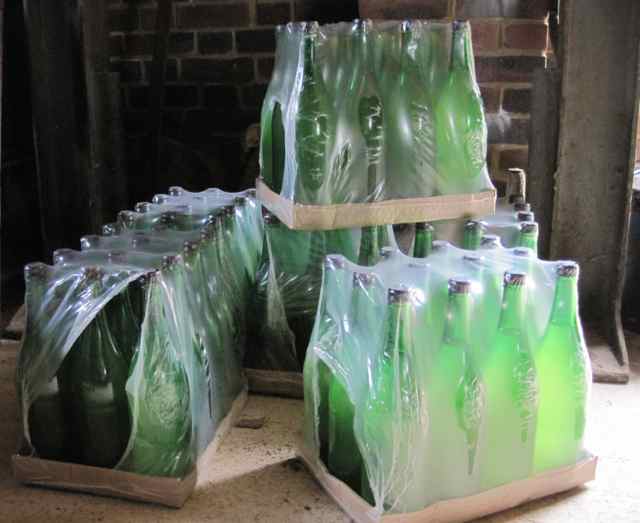 At the recent visit to the West Dean Apple Affair early in October I had joined a guided tour around their orchards to listen to the talk about their different old varieties. 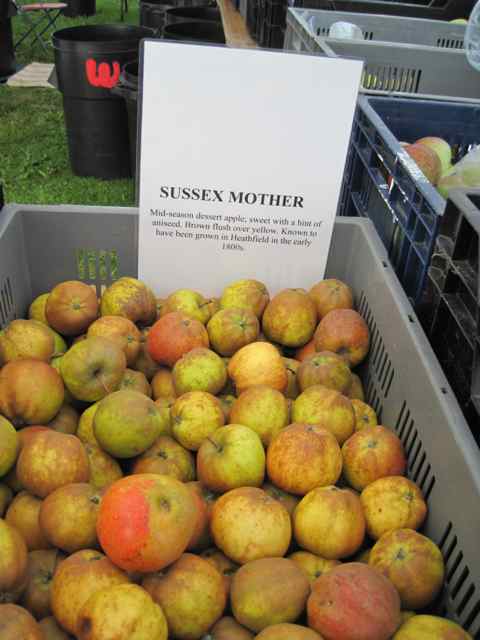 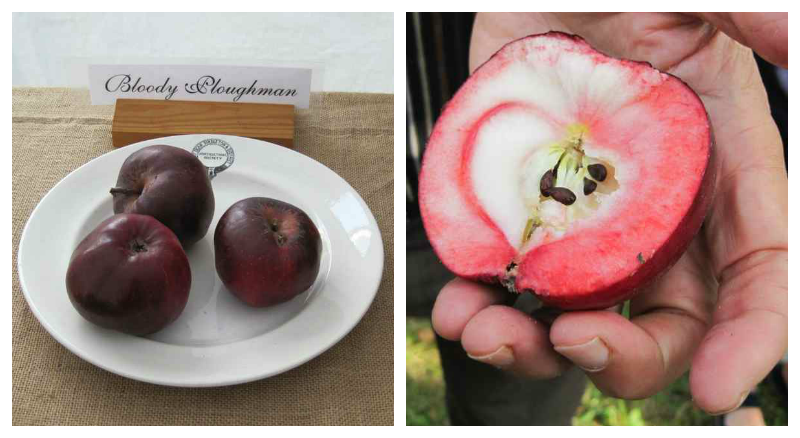 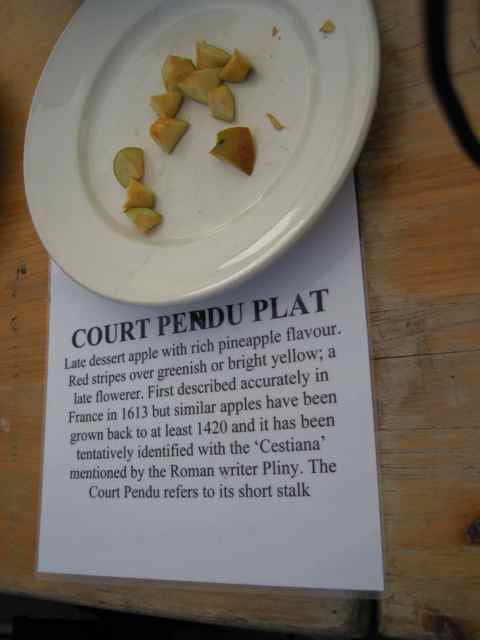 One of my favourite apples is the Keswick Codlin which my husband’s Grandparent’s grew.    It’s early, does not need very much sugar and turns into a white puree when cooked.   It has a distinctive scar line in its skin running down one side.    Apparently the Keswick Codlin was  originally found growing on a rubbish dump in Keswick in 1793,   so when our tour guide passed a Keswick Codlin tree and told us that this was the apple of choice in ancient times for ‘Lamb’s Wool’ my ears pricked up. 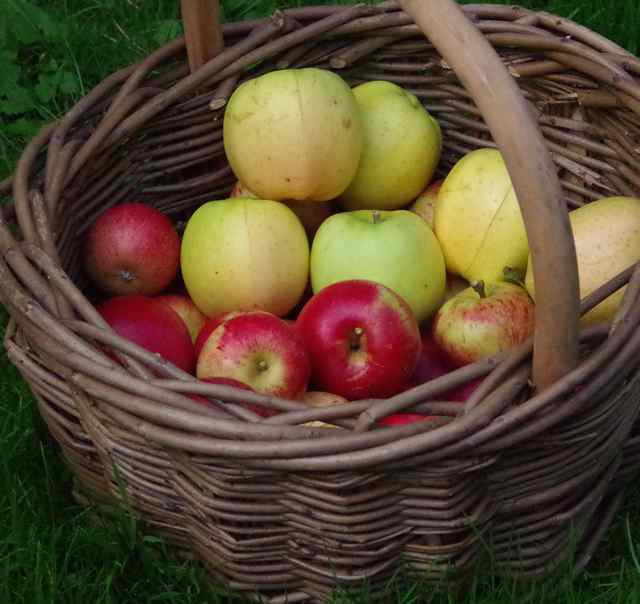 He said that these apples would be roasted over a fire until they foamed and frothed, (knowing how they bake this makes perfect sense) this froth was allowed to drip into the warmed ale beneath.  While a spit could be easily improvised over our fire, sadly all the remaining Keswick Codlins had already gone for apple juicing to Ringden Farm a few days previously!   This could be another interesting thing to put on the ’to do’  list for next year.

The name ‘Lambs wool’ I thought most likely stemmed from the froth resembling lambs wool floating on top. However, after some quick research I found this article  –  according to Richard Cook in 1835, it seems it was most probable that it derived from the Celtic pagan festival of ‘La mas ubal’, The Day of the Apple Fruit, and this gradually became corrupted to ‘Lamb’s Wool’.

Another recipe printed below from 1633,  may be good for you but mulled beer and eggs?!   Mmmm I don’t think so.  I would rather have an omelette, followed by a spicy baked apple, accompanied by a decent glass of unadulterated beer!

Boil three pints of ale; beat six eggs, the whites and yolks together; set both to the fire in a pewter pot; add roasted apples, sugar, beaten nutmegs, cloves, and ginger; and, being well brewed, drink it while hot.