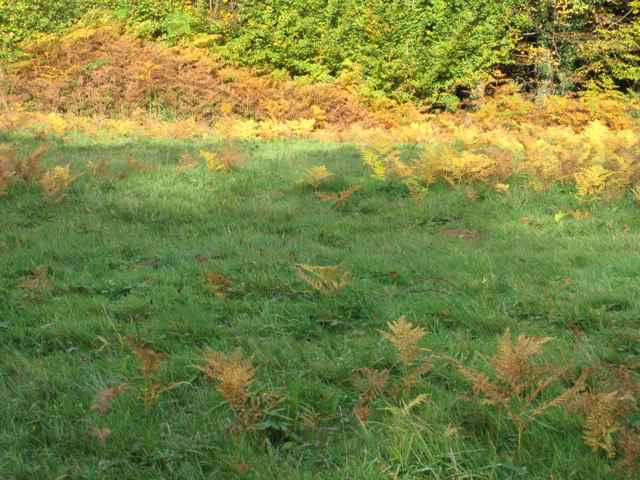 This particular little field has a very poor grass ley, it is on poor soil but as a result has wonderfully mixed herbage.   Orchids flourish here, these conditions suit them perfectly too.   Ancient mixed woodland surrounds this field, it has bracken along the edges in places which has been a two edged sword.

The bracken had begun to gain strength and spreading out further into the field away from the edges.  My fault because I have been delaying cutting it until after the orchids have seeded.  This has allowed it to begin to threaten a take over, thereby defeating the object of leaving the orchids to seed.

This year war has been declared, the bullet bitten and the bracken was cut twice through its growing season and the above image shows the pleasing result this October.   The plants are less dense and only 8 inches high where they were cut, whereas along the edges of the woodland it is in its natural stare and they are 4 foot high plus.

Another year or two of regular cutting should see it naturally erased and the orchids  can bloom safely once again. 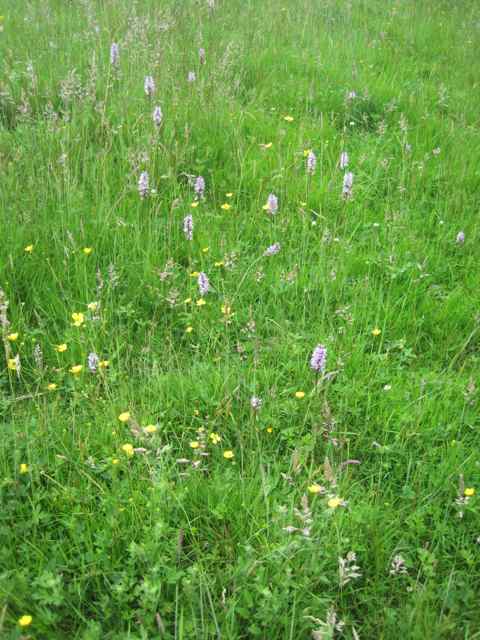