Tasting beer guided by a Beer Sommelier, Sophie Atherton, what better way to spend a Saturday afternoon. Sophie was the first woman Beer Sommelier. Today there are not only more women beer sommeliers, but women brewers and of course pub land-ladies, this increase of women in the industry seems entirely appropriate, after all hops are female too!

Earlier this year I had been genuinely surprised by the differences between 4 beers, each brewed using an identical Old English Hop Blend. It really highlighted my lack of ability to describe exactly what it was I liked about each brew or at other times the specific character I particularly like about any of my favourite beers. To be set on the right track I decided an official beer tasting would be the order of the day. I have always known exactly whether I love or dislike any beer, but from now on after tasting beer guided by a beer sommelier, I intend to practise putting into words accurately what those qualities are.

Our original small group was joined by a few extra friends and family for this beer tasting, all of whom are connected with hop growing. The oast house was made ready. A working oast was the perfect choice of venue, floorboards and walls percolate a background hop aroma. A rustic atmosphere, like patina on old furniture this effect takes years of drying and packaging hops to achieve.

Sophie Atherton selected a range of interesting beers to lead us firmly but gently out of our usual ‘beer’ comfort zones. Her careful choices showcased different brewing styles, with each beer a good example of its own style. Each beer style has it own characteristics, comparing them is rather like judging a Norfolk terrier against an Afghan Hound. Whilst both are dogs, they are very different in build and type from each other and each has it’s breed standard ideal. It is no different with beers, each particular style had its own specific characters which she explained as we went along.

We were spoilt, our masterclass of tasting beer guided by a Beer Sommelier for this session, were – 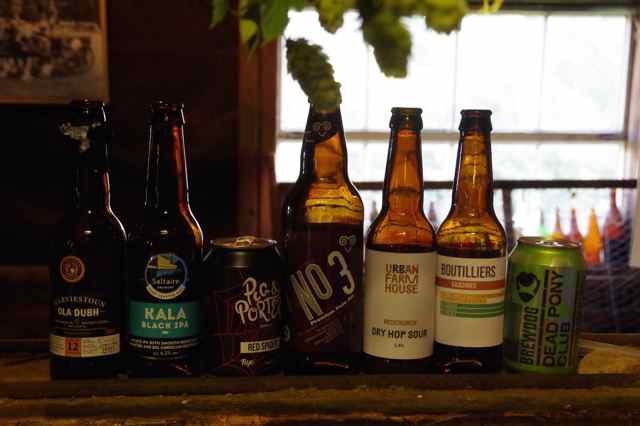 These represented some of the excellent wide range of beers styles available today. This was a wonderfully diverse mix, I could happily wax lyrical about any of these beers. Palettes were cleansed with crackers and water between each beer, whilst blindfold smelling and tasting worked to focus our attention and heighten our sensory awareness.

The Sour was the first beer style we tasted, it certainly woke us up if some people’s startled reactions were anything to go by! However, after the second sip, this initial zesty shock subsided so it’s qualities could be fully appreciated. Interestingly, in general those who normally liked wine, also favoured this sharp, fresh tasting beer which would happily accompany a white fish supper. Food and beer tasting is of course a whole different ball game, but it was interesting to listen to Sophie just briefly touch on the subject in passing. 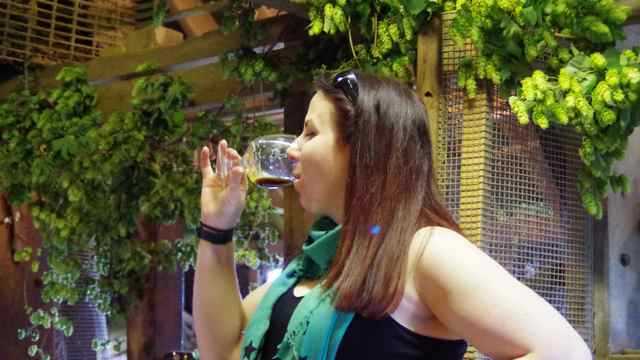 My lasting impression is that between sniffs and the first sip, it’s the second mouthful that imparts the most honest mouthful of flavour in any particular beer. That’s when I best discovered the hidden complexities in any beer. We rounded off the official tasting off with the Harvestoiuns Ola Dubh 12 year reserve Porter. This to me was a beer to savour, to be lingered over with someone you love. Perhaps best shared whilst watching the sun set or on a cold winter’s night by an open log fire, with only an oil lamp burning.

A special thank you to the suppliers who were without exception all very helpful. These beers were purchased from Eebria, Ales by Mail, The Beer Boutique TW, whilst Boutilliers and Harvestoun’s Breweries very generously sent us samples.